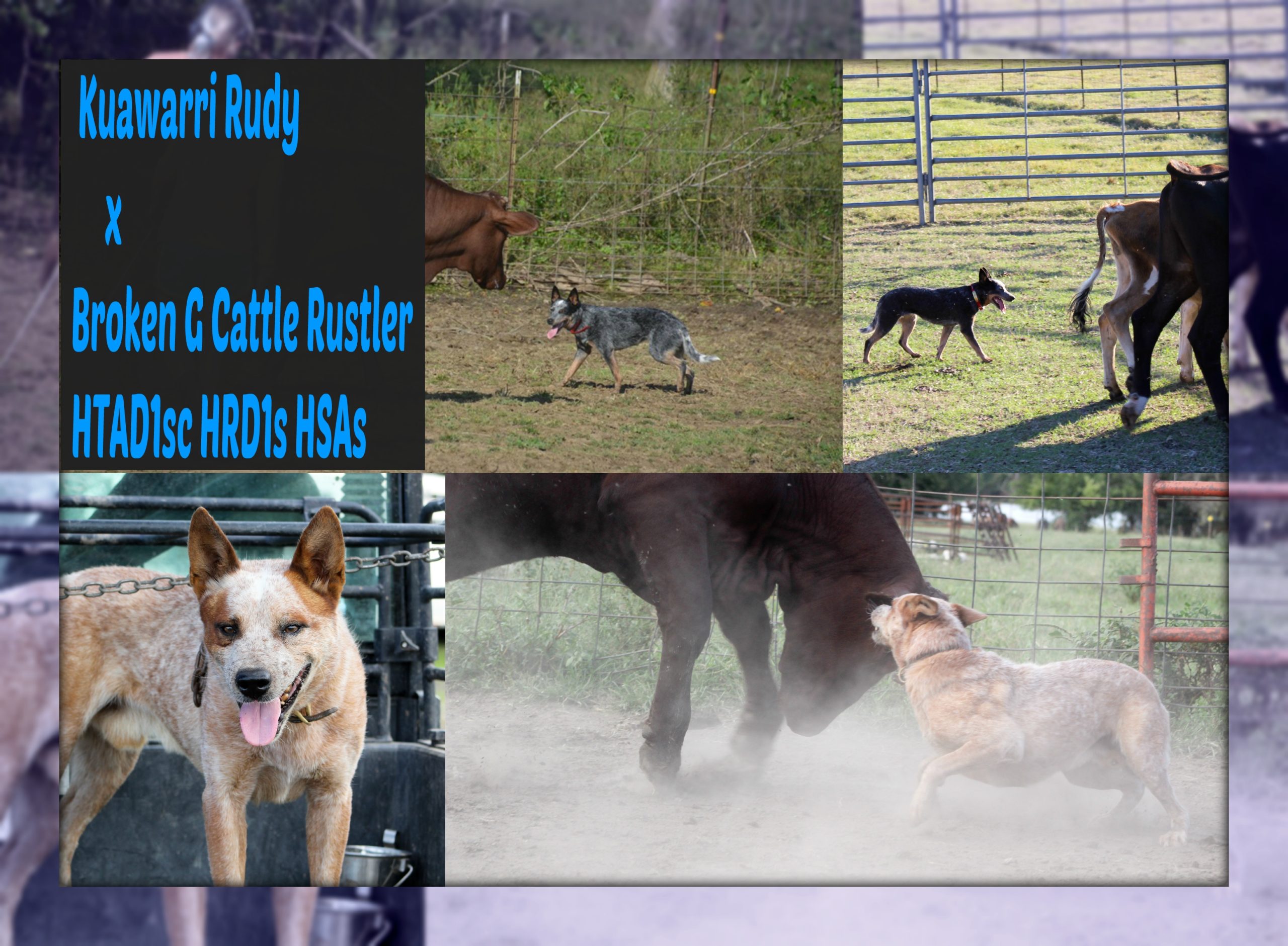 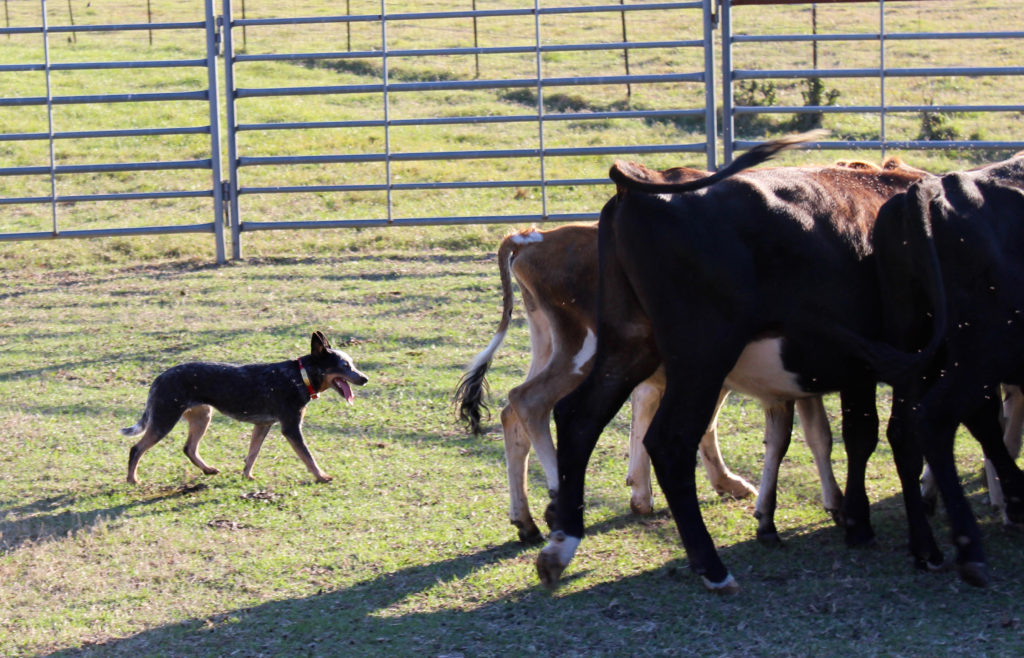 Robbie comes from Broken G ACD's where both of her parents work cattle. Robbie is owned by Rebecca Elder of Wayout ACD's and is being leased to me for this litter. Robbie has been with me since April of 2019 and I put all of her herding training on her. I trialed her some through the fall and she quickly titled in arena sheep, and cattle as well as in ranch sheep in both AKC and AHBA herding. She lacks one leg on her AKC started cattle title, but won a Reserve High in Trial on cattle at her last trial. 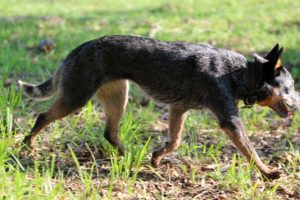 Robbie is an easy dog to live with, my biggest complaint (and Rebecca's) is her loud bark. She is quiet the majority of the time, so I'll forgive her for feeling the need to shout occasionally. Robbie gets along with other dogs and basically feels like life is a party, and she was definitely invited. She has a fun spirit. Robbie is high energy, but she isn't obsessive or unable to settle. She does really well with structure and regular exercise.

On stock Robbie has a strong grip, she's mainly a heel dog. She works the heads, and wears on the outside eye, but her preferred area to move cattle is from the heels. Robbie is a loose-eyed, upright worker. She has quite the out run and works nice and wide off her stock, but is able to work in tight, too. 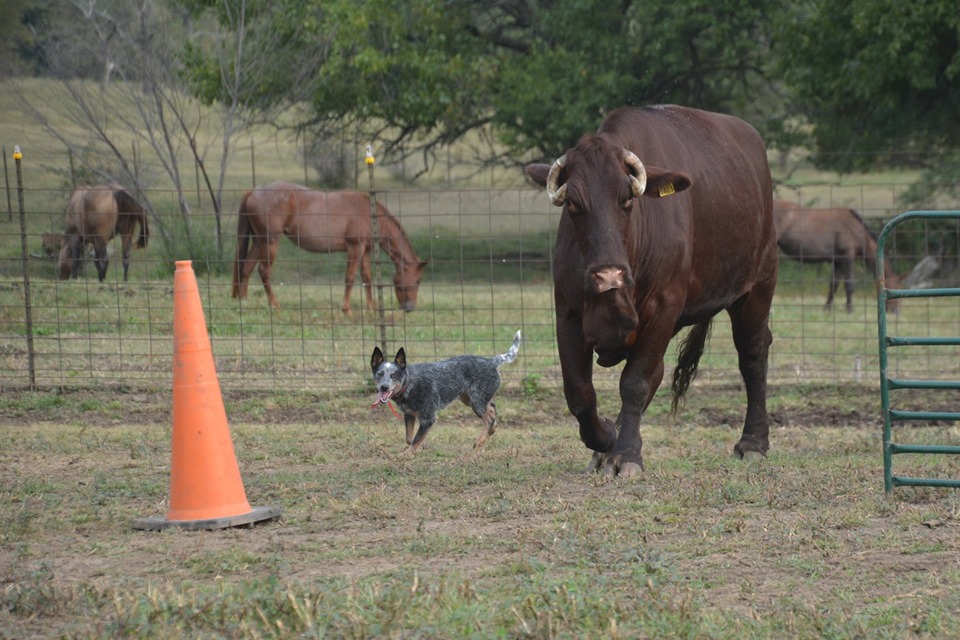 Rudy is a red male, owned by Kuawarri Stockdogs. Rudy is an honest worker, biddable and finds balance easily. He works well at a distance or in close. Rudy bites both head and heel, while preferring the head. He isn't one to start fights with cattle, but doesn't have any problems finishing them. 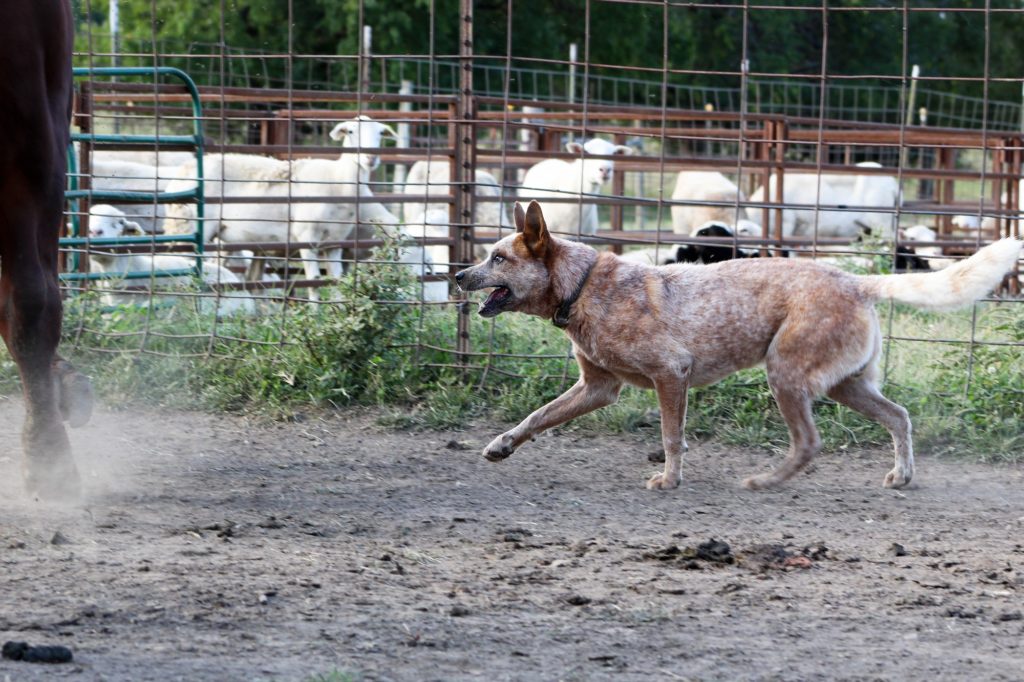 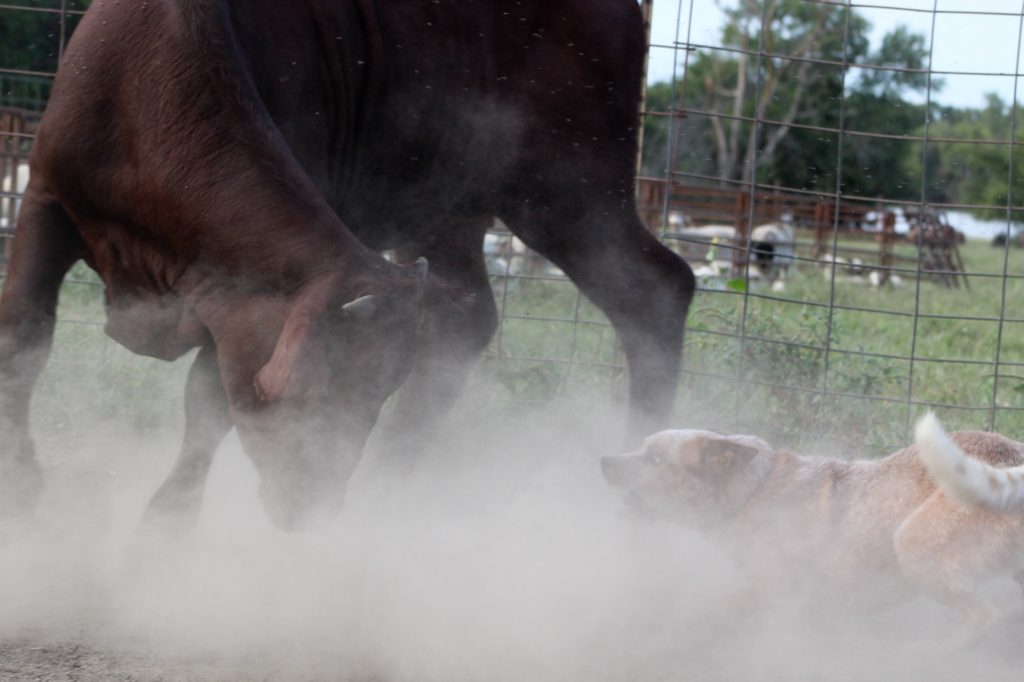 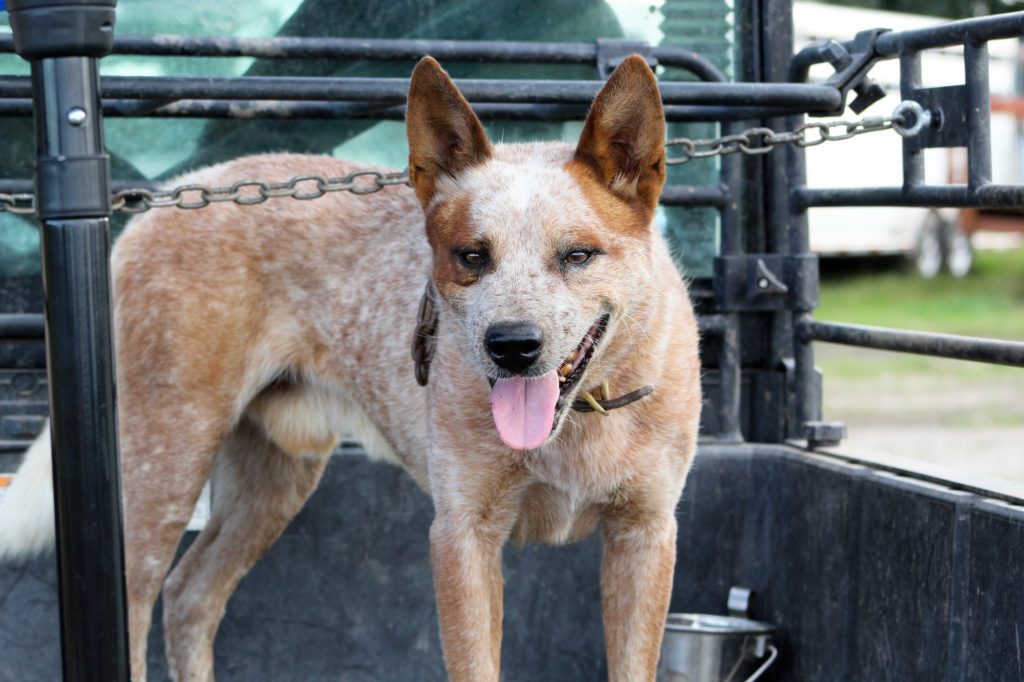