The dogs featured on this page are associated with Outline ACDs in some way, either through training, or associated through our breeding program. 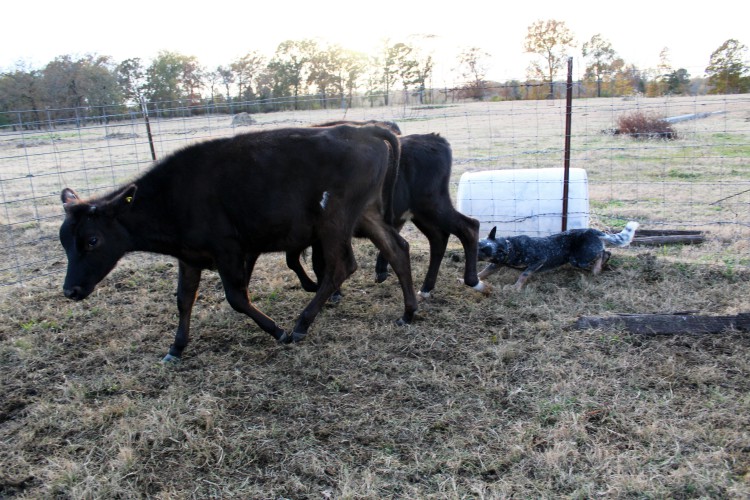 Caper was here from June 2018 - December 2018. Caper came to me for two reasons; first was to get training and proven on livestock, and second was because I am closer to the chosen stud dog than her owner/breeder is. While Caper was here I trialed her one weekend in AHBA Arena and Ranch dog, and she finished her level 1 arena title on sheep and cattle as well as her level 1 title on ranch sheep. Caper is incredibly athletic and can turn or stop on a dime. She is very biddable and prefers to be told what to do over being left to decide what she needs to do. She has an awesome sense of balance and a natural desire to hold stock to the handler, along with a fairly strong natural ability to rate on the fetch. 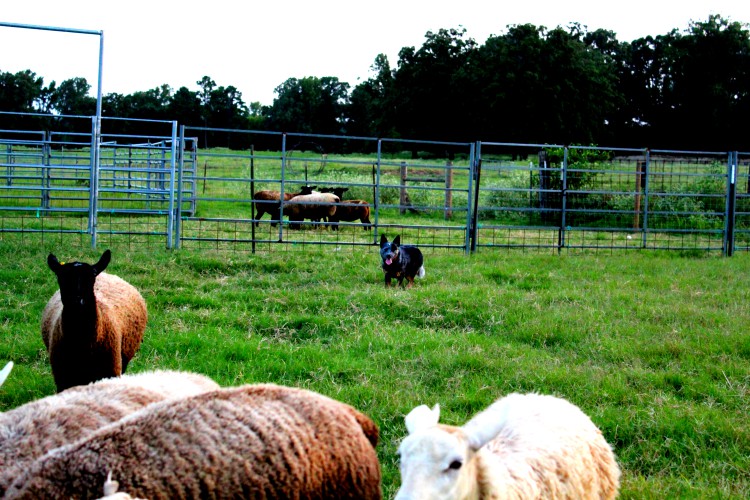 Caper will bite both ends, maybe a bit trashy sometimes, but she gets the job done. Caper is sensible and easy to live with. Caper is bred and owned by Rebecca Elder of Wayout ACDs, and she is the littermate to Rash who is the sire of our Rash x Reese litter. 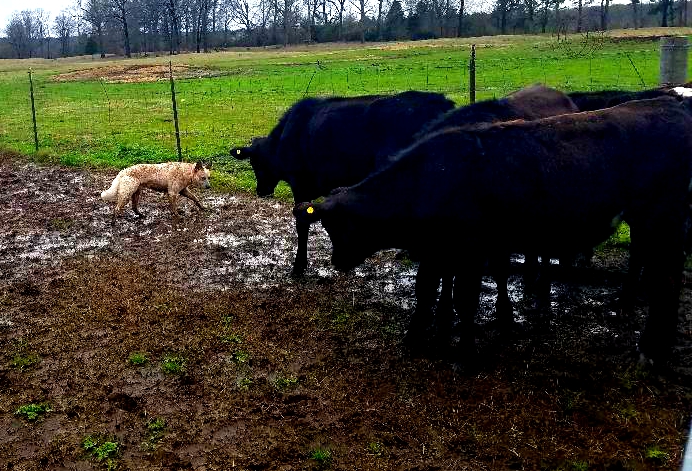 Rash was here from December 2018 through April 2019. During his 4 months here he sired a litter, went to a Larry Painter clinic, learned about herding sheep and cattle, and entered a SWDCA cattle dog trial. Rash had about 45-50 training days on him when he left and was quite a reliable dog. He definitely has a strong desire to fetch and bring stock, and would hang in there with difficult stock applying and releasing pressure as needed. Rash, like his sister, has built in rate. He is an athletic dog and could cut, turn and power off his rear quite quickly. Rash will bite head or heel, but is more of a head dog. He doesn't use much eye, but prefers to wear and use bite if necessary. Rash was easy to pressure out and has a lengthy outrun. Rash is very biddable, but also has the ability to think independently and understands jobs. Once he understands a task he needs minimal direction. Rash was able to work cattle at multiple farms, sheep, and mama sheep with lambs while he was here and was quick to adjust to each different set of stock. 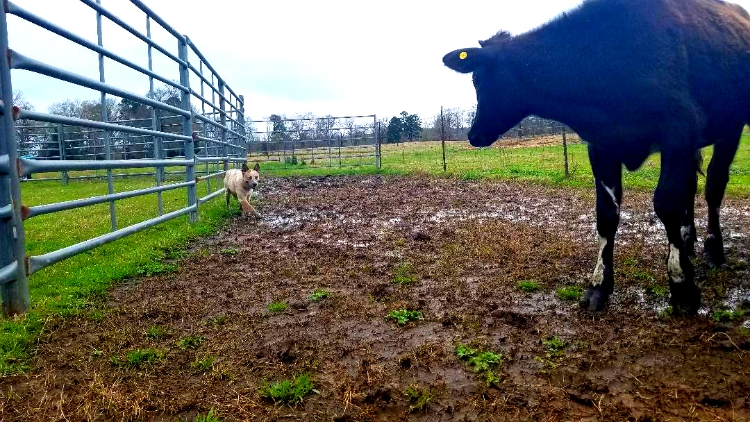 Rash is bred and owned by Rebecca Elder of Wayout ACDs in Kentucky. He is the sire to our Rash x Reese litter. 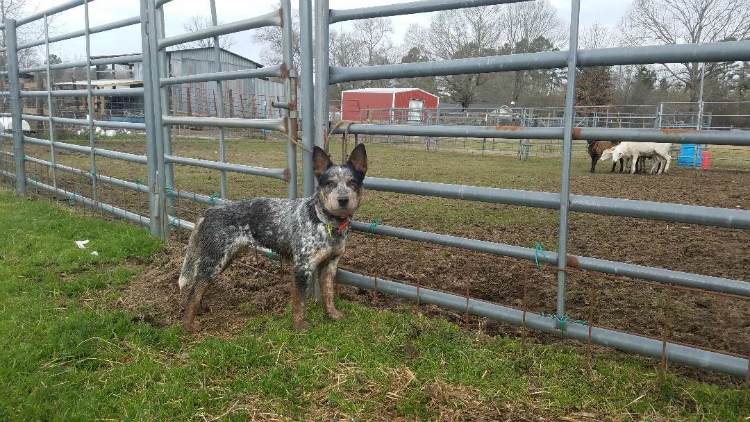 Gracie came to me at 13 months to learn how to work cattle so she could assist on Hatchitt Hill Ranch. Her owner runs a small, but growing herd of Santa Gertrudis cattle and needed a cow hand. Gracie was with me for about 3 months, from about March-June 2019, and was a handy started dog when she went back home. Gracie is Buzzard bred, and is tough on the heels, she isn't a head dog, but will come back at a cow who comes at her, she just puts herself in a position to bite heels. After her stay here, she was pretty solid in the pens and had the ability to do some open field work, inside flanks, and was started in driving. She will need a lot of mileage, but Curtis is up to the task and will continue on with her training at home. 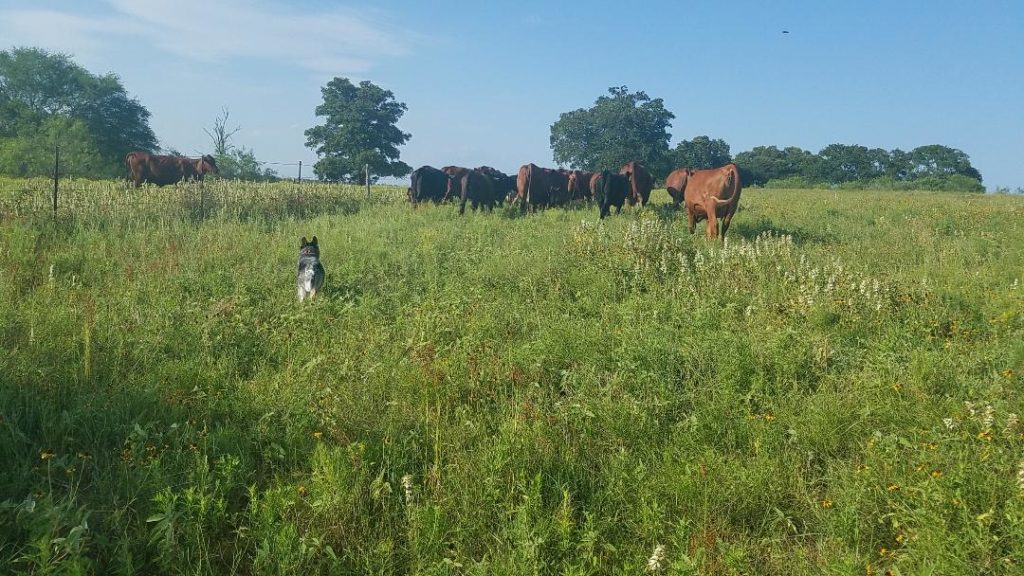 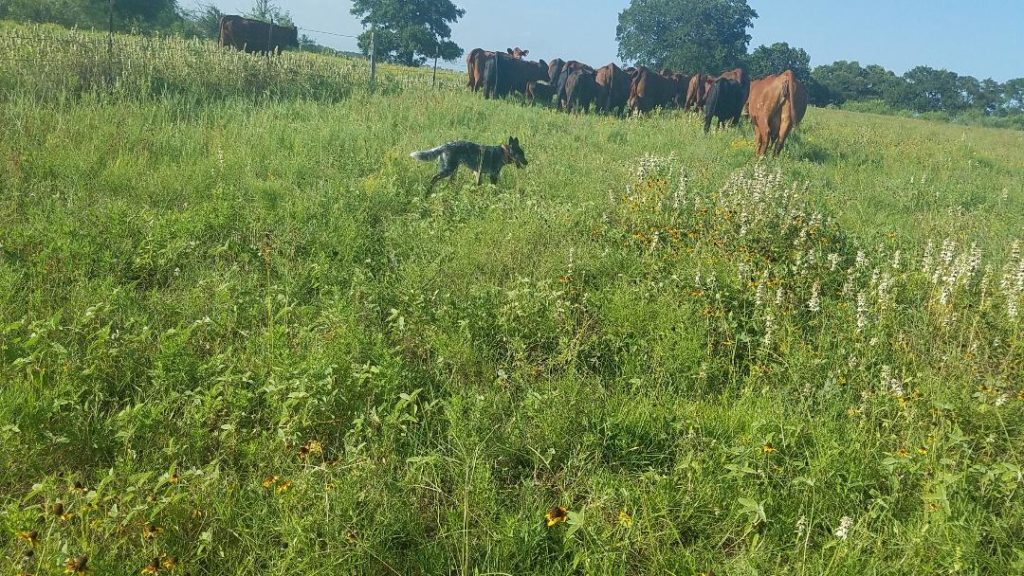 Photos are of Gracie at home working some pairs out in a 10 acre field. 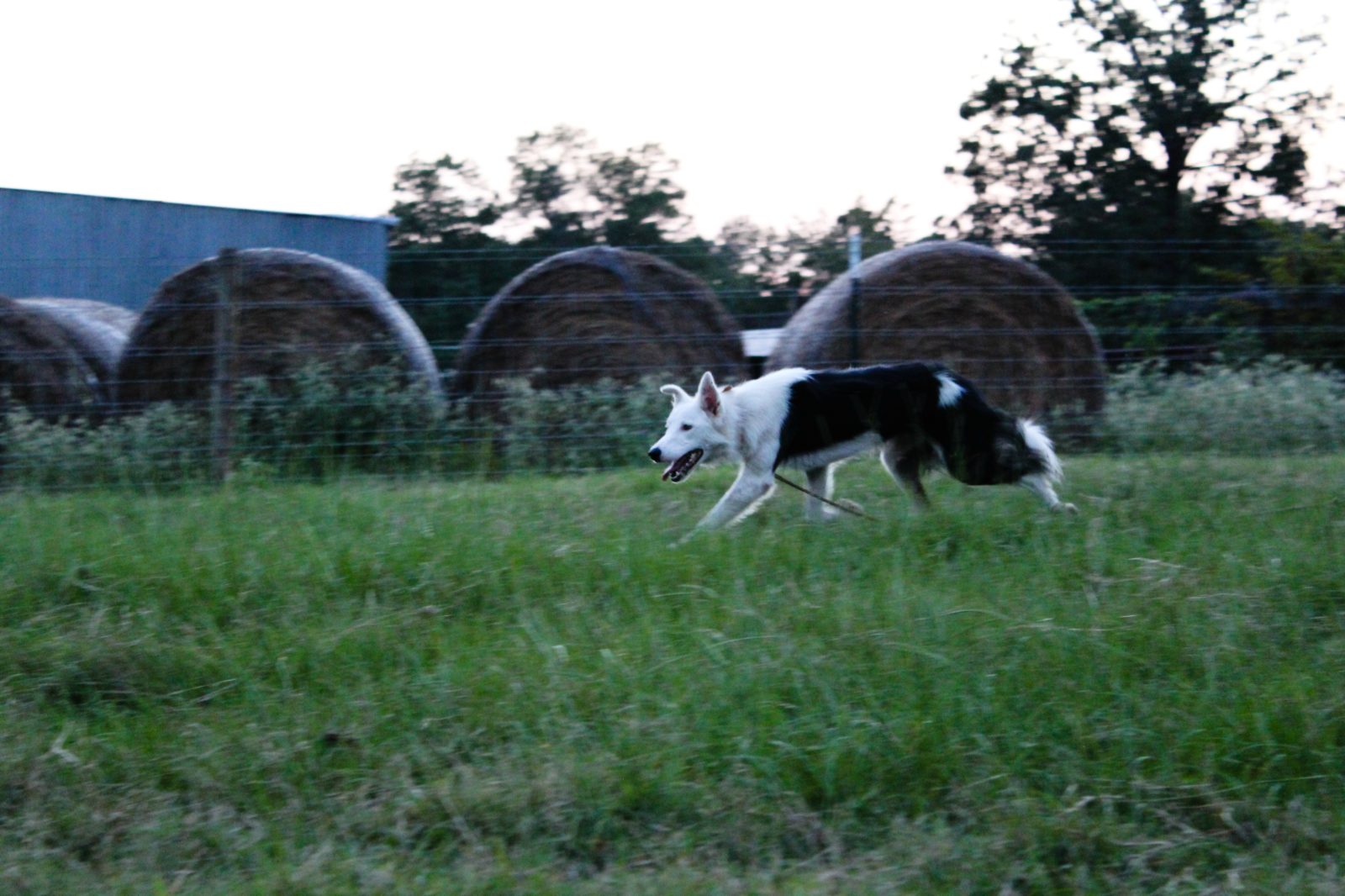 Hero was just about 11 months and only spent about 25-30 training days with me. He was returned to his breeder, Amanda Whisenhunt, because he was working cattle on his own and his owners didn't want a working dog. Hero was started on sheep with me and was a nice, easy dog to bring along. 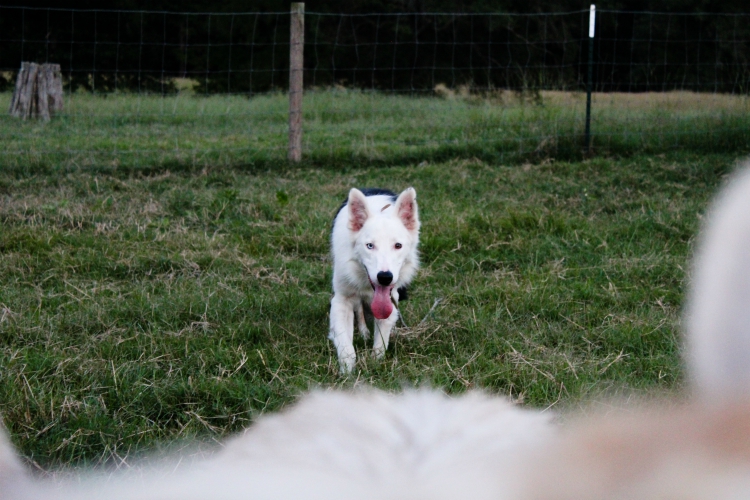 Since he went home, Amanda has put a lot of time on him, he's working cattle, and she's looking to trial him in the future.