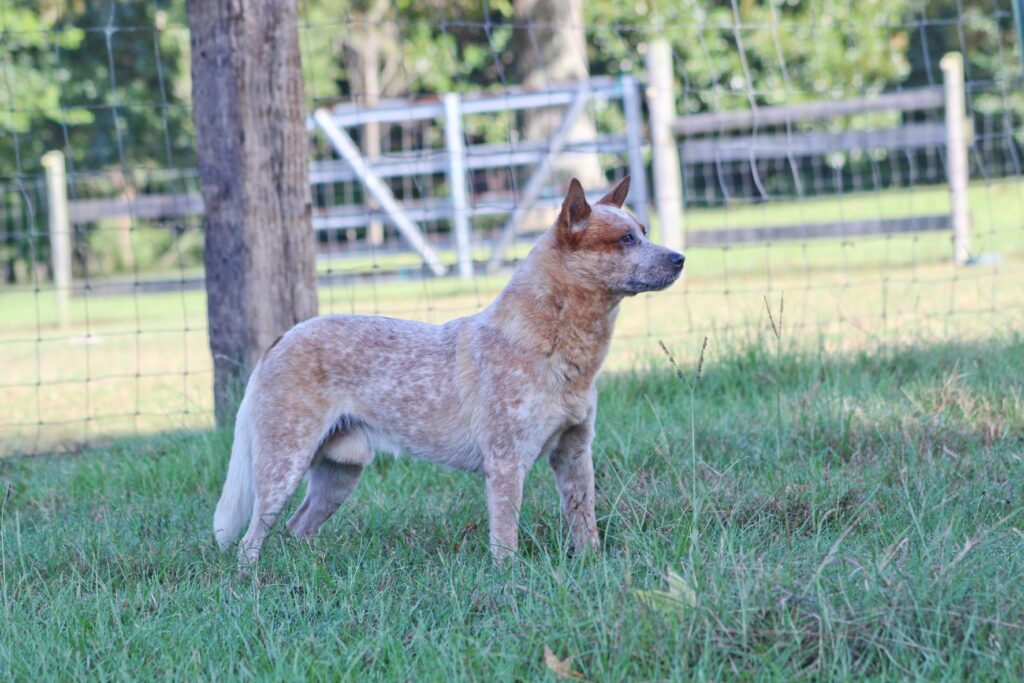 Kuawarri Mick was bred by Larry and Marilyn Painter of Kuawarri Stockdogs. He comes from a long line of working dogs on both sides of his pedigree, with his mother being a Danish import, and the first dog from Denmark to earn her Advanced Cattle title in AKC herding. As an adult, Mick was sold to a sheep farm in Minnesota where he was used along with another dog to move sheep and produced one litter with his previous owner. When Mick became available, he was purchased on a co-ownership with Rebecca Elder of Wayout ACD's and me. Mick splits his time between Kentucky and Texas, but is most often found in Texas where he is best buddies with my husband. 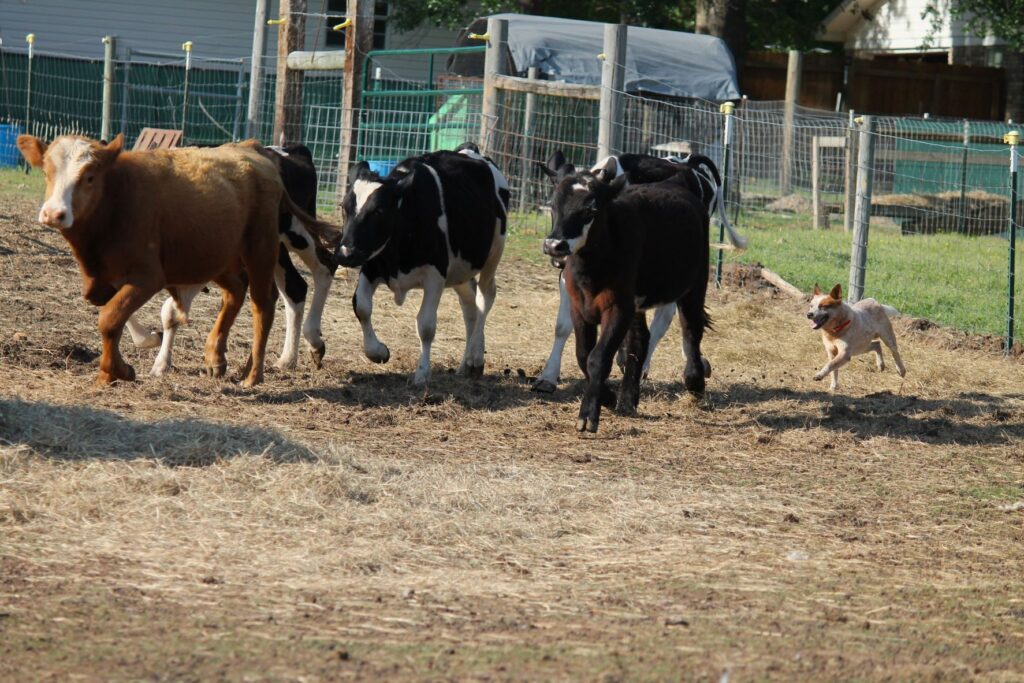 As a stock dog, Mick did not have much formal training and works mainly off instinct and body pressure. He is very responsive to his handler. Mick works wide, and is quite flowy with great sense of group and cover. While Mick does work the head, his bite is concentrated at the heels with what is a low, accurate, strong heel bite. Mick does work sheep or cattle, and is best on lighter stock, or cattle that are broke to dogs. 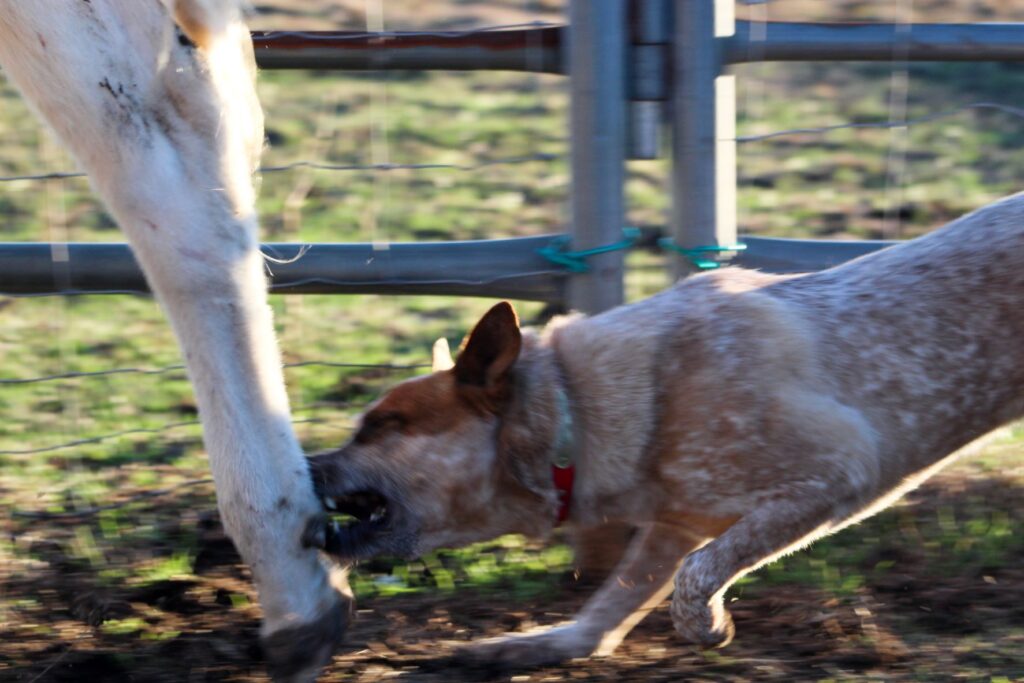 Mick takes a bit to warm up to people, but once you are in his circle he has a funny, endearing personality. He is neutral to strangers, preferring to mind his own business. Mick has wonderful dog manners and is neutral/friendly and not one to start or be involved in shenanigans. 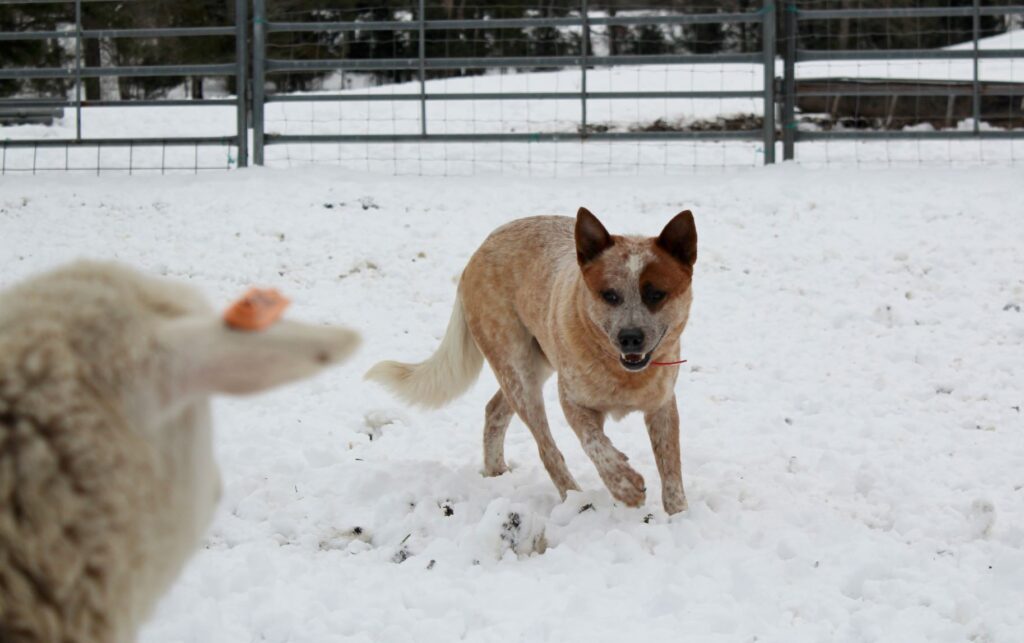 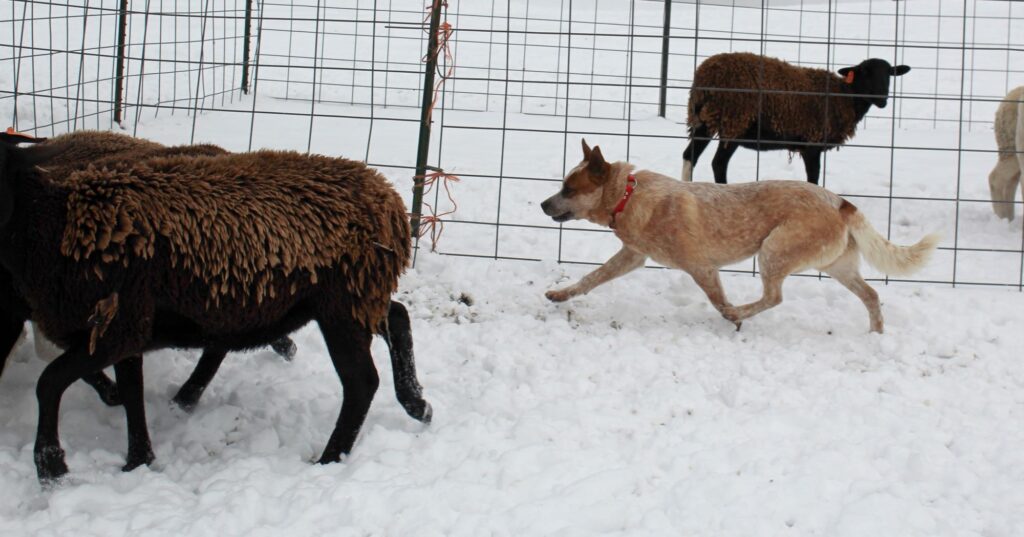 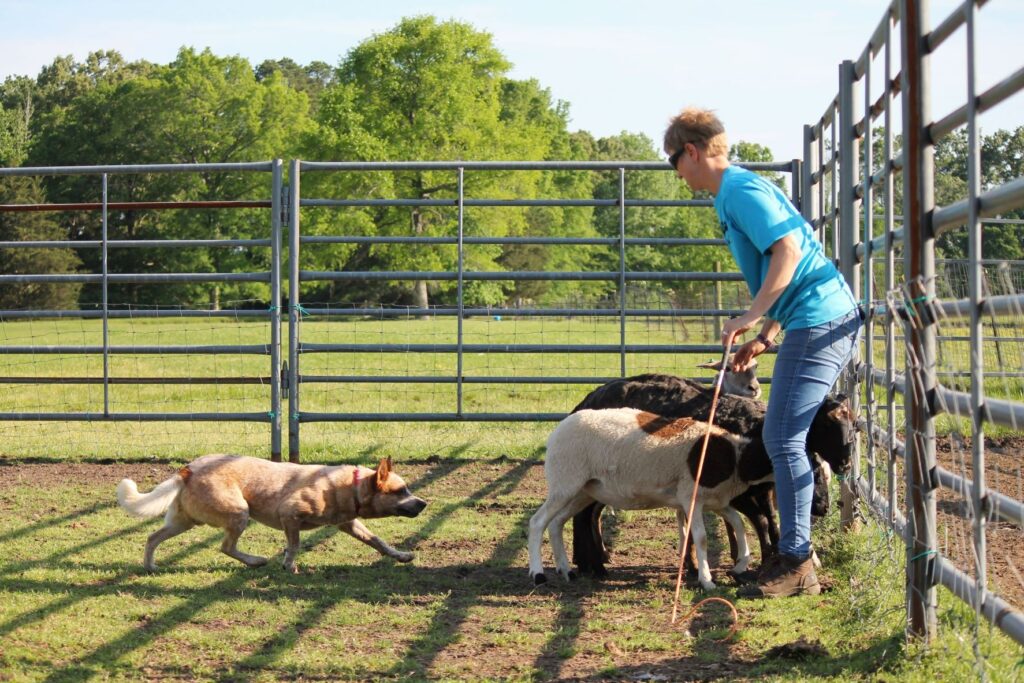 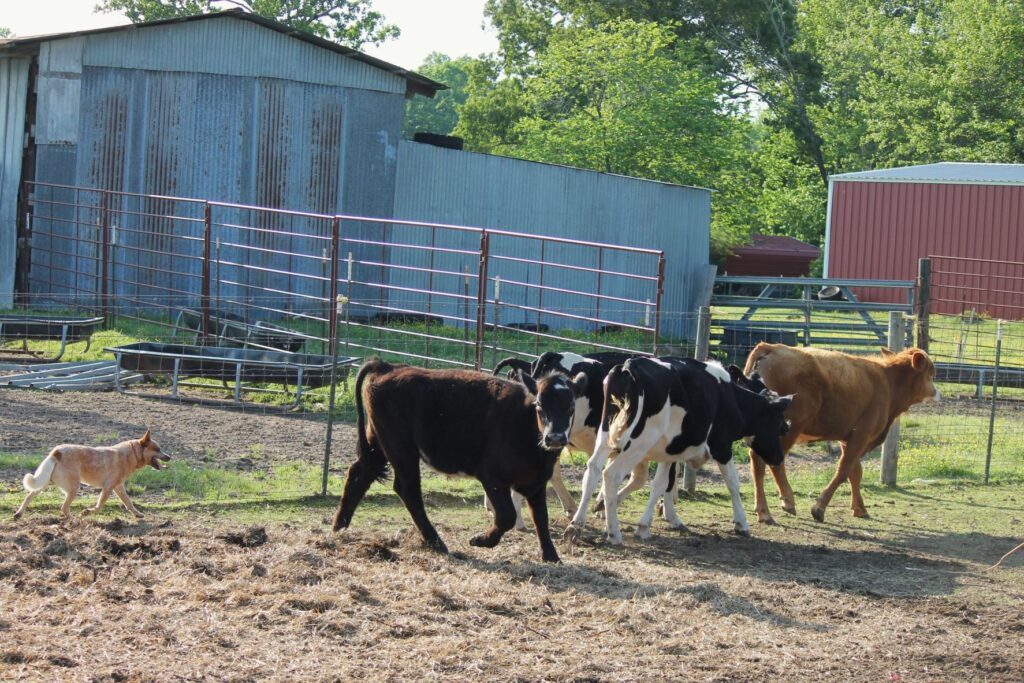 As a producer, Mick has had a handful of litters either here, or with Wayout. His puppies carry his sense of humor, and as far as quality of work, he has proven to produce himself with different bitches from differently crossed lines. His pups often have his quick movement, cover their stock well, and inherit his hard heel bite with varying degrees of toughness depending on the cross. Mick is the sire to some puppies who are doing well in many disciplines including dock diving, agility, conformation, and herding. 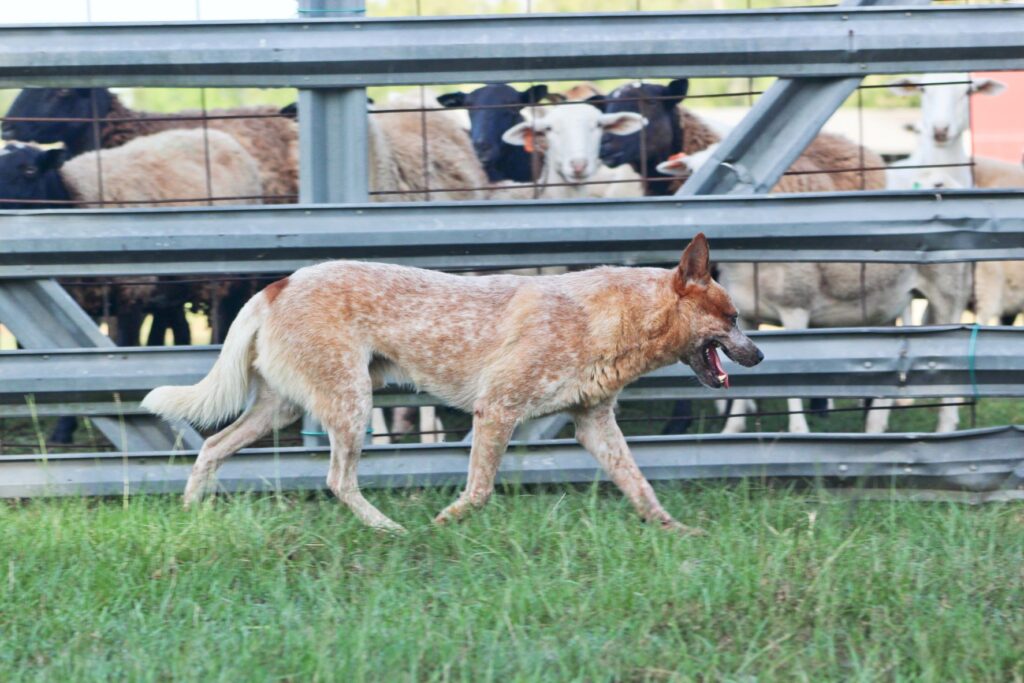 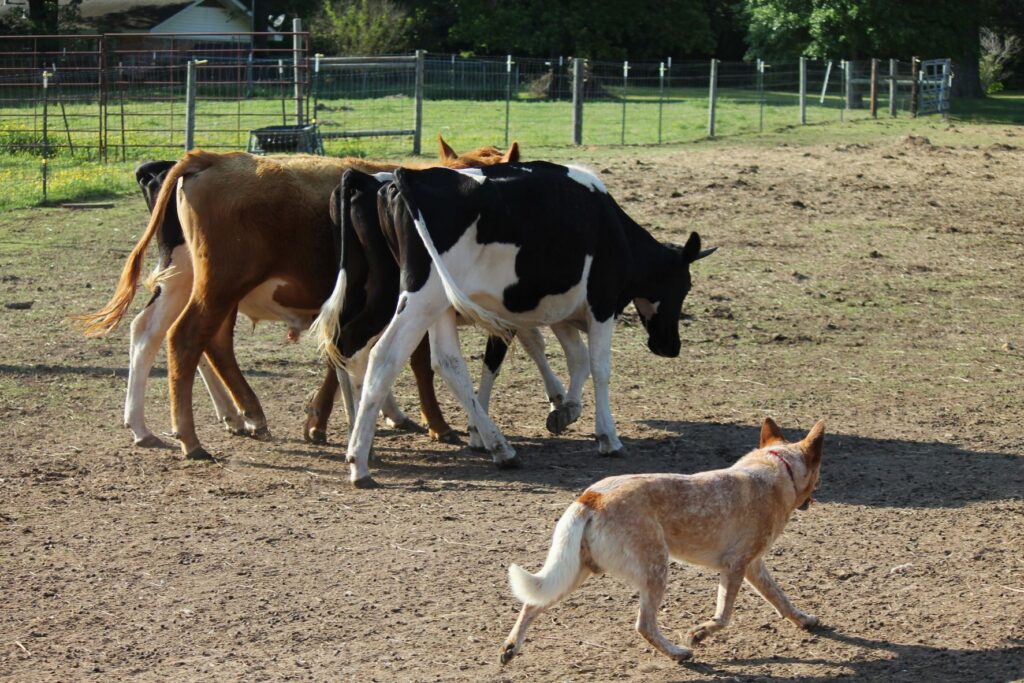